January is a month of sprucing things up around here in the Cookson household, and I'm sure many other households! We started a tradition around here last year widely known as "Feng Shui." Go ahead and say it a few times. It's a fun word to say. Well it is founded in Chinese Astronomy and is popular with interior design in setting up rooms to create a more simplified living atmosphere. Ben and I's definition is "get rid of all the crap we aren't using that is taking up space and causing clutter and stress in our home." :) FENG SHUI! Ben says as he throws a shirt out of his closet into a pile. It's quite fun.

My mom, known now as "GiGi," came into town recently and brought me some dressers she found with my grandmother. They are awesome. I will be painting two of them that I will be posting! They are old and needed some drawer liner. she also bought Lucy a Pink Bike helmet that Lucy loves.. 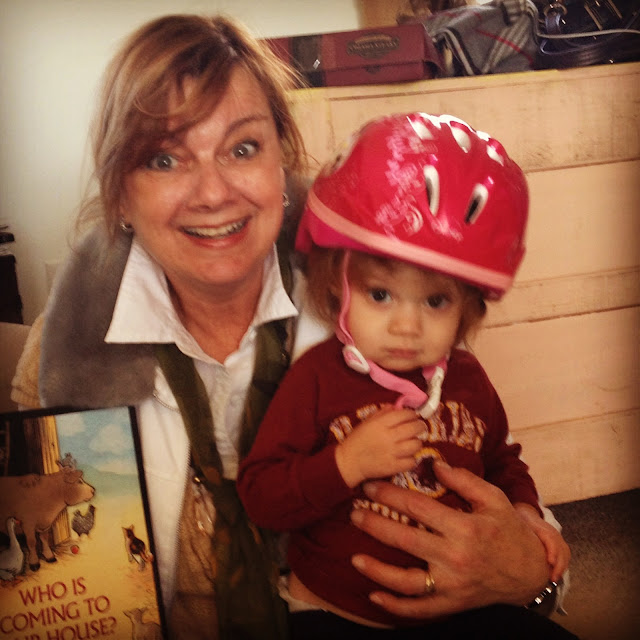 Since it's Feng Shui time around here, it is nice to return the clothes you are keeping to pretty, organized drawers. I found a ginormous (can't believe that is actually a word!) roll of wall paper at the thrift store. It's very pretty, and neutral so Ben would't mind it in his drawers. I don't think he would mind pink flowers either. In fact...I don't think he cares that much about drawer liner...But I do! I'd say I got a good deal on it. 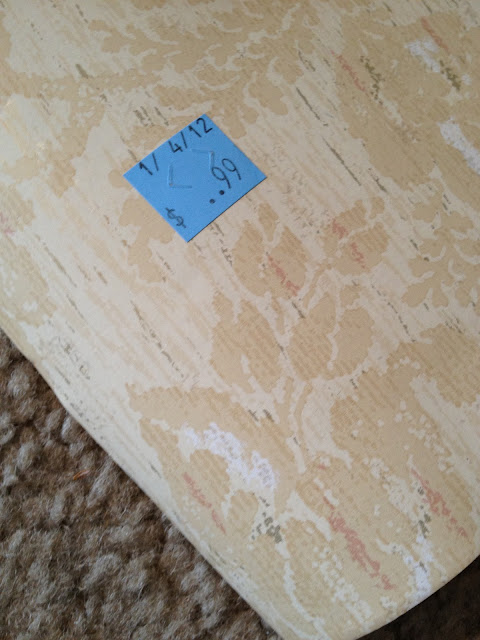 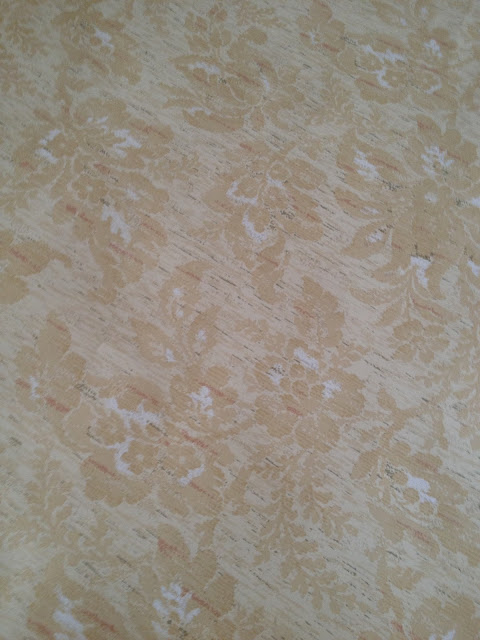 I Measured the drawers with measuring tape. At first, I just measured it from the top opening of the drawer, but once I tried putting the paper down it was too big. So then I measured right up against the bottom and got a more accurate measurement. Then I used a yard stick and with a pen traced my cut out, to get straight lines! Then I took my handy spray adhesive and sprayed the back of the paper and the drawer itself. 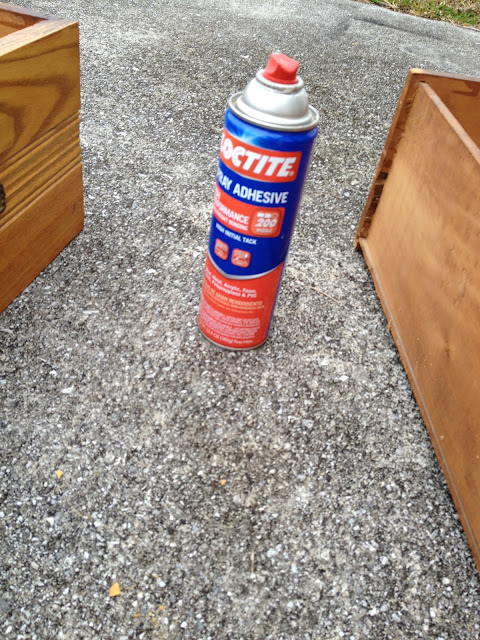 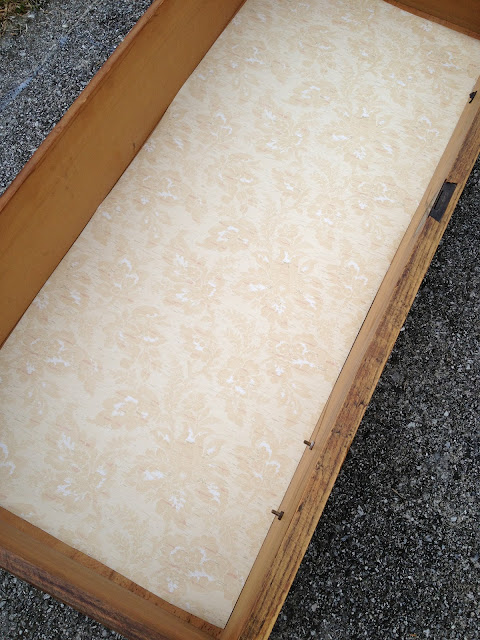 Look at how my mom kept Lucy occupied while we shopped. Hilarious. 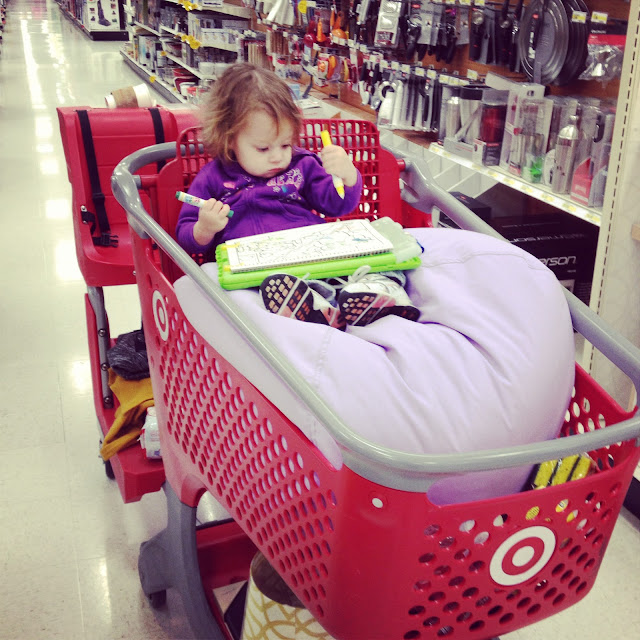 Back to the drawers. I found a 8 pack of these pretty Fragrance Sachets at Marshalls for $3.99.
Now they don't have that wood smell. 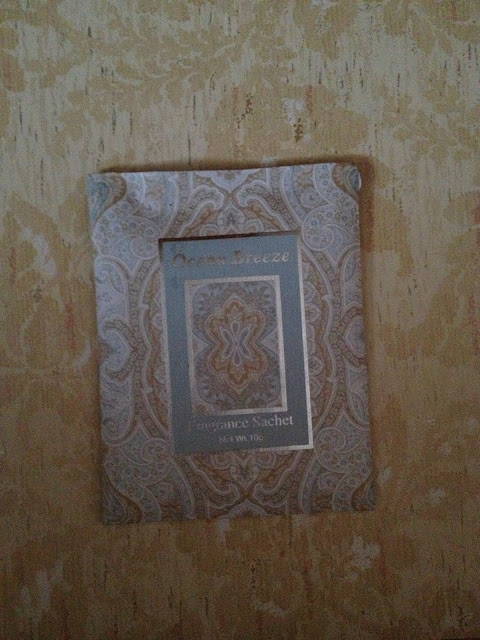 I even organized Ben's undershirts by color...We will see how long this lasts. This is day 4! Pretty good I'd say:) Go ahead, FENG SHUI! 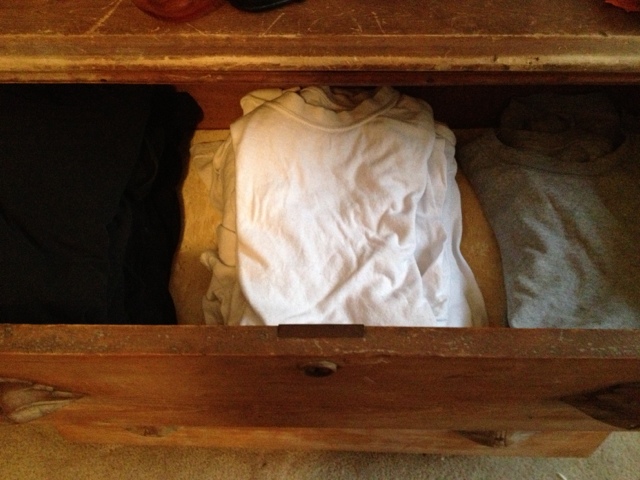 Jenny
I am a life-loving homemaker, mother to sweet and beautiful Lucy Bloom, and another one on the way! wife to my hero--Benjamin. I love lots of things. Hope you are encouraged by my blog to love and appreciate your life in the moment.